More than just a cultural tradition that’s quickly becoming outdated, golf can cultivate and replenish those traits and behaviors that make for an effective business leader. There’s still a lot to be said for the truism, “It’s not what you know, it’s who you know,” but this is arguably less true than ever before. And so, more than just being around those people who already have money and influence, golf has value in the business community for the traits and knowledge it takes to play well and to play with pleasure. 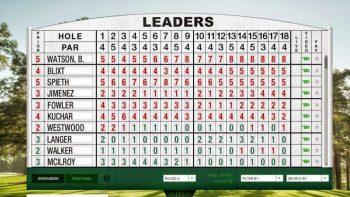 In our experience, in today’s business world, you and your company has to work hard and smart to succeed. I take a similar approach to golf in my personal life. Even if I can only find an hour or two at most of time, I’ll get out to local driving range and putting green. Heck, even if I only have 20 minutes, I might get out my putter and work on making solid strokes, squaring the putter head and aiming for a spot on the wall. I never was into the fake indoor putting greens. But I also try to work smart: I line up and pick a spot to aim at on every one of my practice strokes. On the putting green, I use one ball, I try to read every putt, and I hole out every time. “Not being afraid to fail” has been a trendy tech business motto for several years now, but it still makes me think about making a major or even semi-major swing change. Your swing results may have to digress before you get better. But you still have to buy-in and not be afraid to fail to know whether or not the new swing mechanics might unlock a new level of golfing proficiency.

I’m not talking about playing nice or being conciliatory—although, arguably, effective leaders need to have this club in their bag, too. Rather, I’m talking about how recognizing and following decorum to gain or maintain an advantageous situation—or to minimize a disadvantageous one—is essential as a business leader. Still, much like being an effective writer involves knowing the rules so you also know when to break them, so too is the decision to break with etiquette and tradition in golf, business, and other circles of life. It may be A Gentlemen’s Game, but it’s not just for the dudes. Just as businesses lose a competitive edge by ignoring the skills available from half the population that’s consistently underestimated, this simple lesson of gender equity is one that some of the most exclusive and prestigious private golf clubs took too long to learn.

Adherence to the Rules and a Level Playing Field

This is an ideal to which we should aspire to live up to, even as we understand the entire playing field and what must be done to remain a viable business. But an adherence to the rules, which themselves are consistently and fairly enforced, even when they don’t always make intuitive sense, creates a level playing field in which skill, sportsmanship, and the idiosyncrasies of the game itself shine through. That’s called integrity. This applies to the rules of golf themselves, at least in competitive tournament-style play, but it also applies to golfing equipment and the nature of the game. Whether it’s various spring-loaded technologies or belly-putters, any number of illegal devices and swing aids can fundamentally change the nature of the game and the skillset required to master it. You want to talk about an industry “disruptor.”